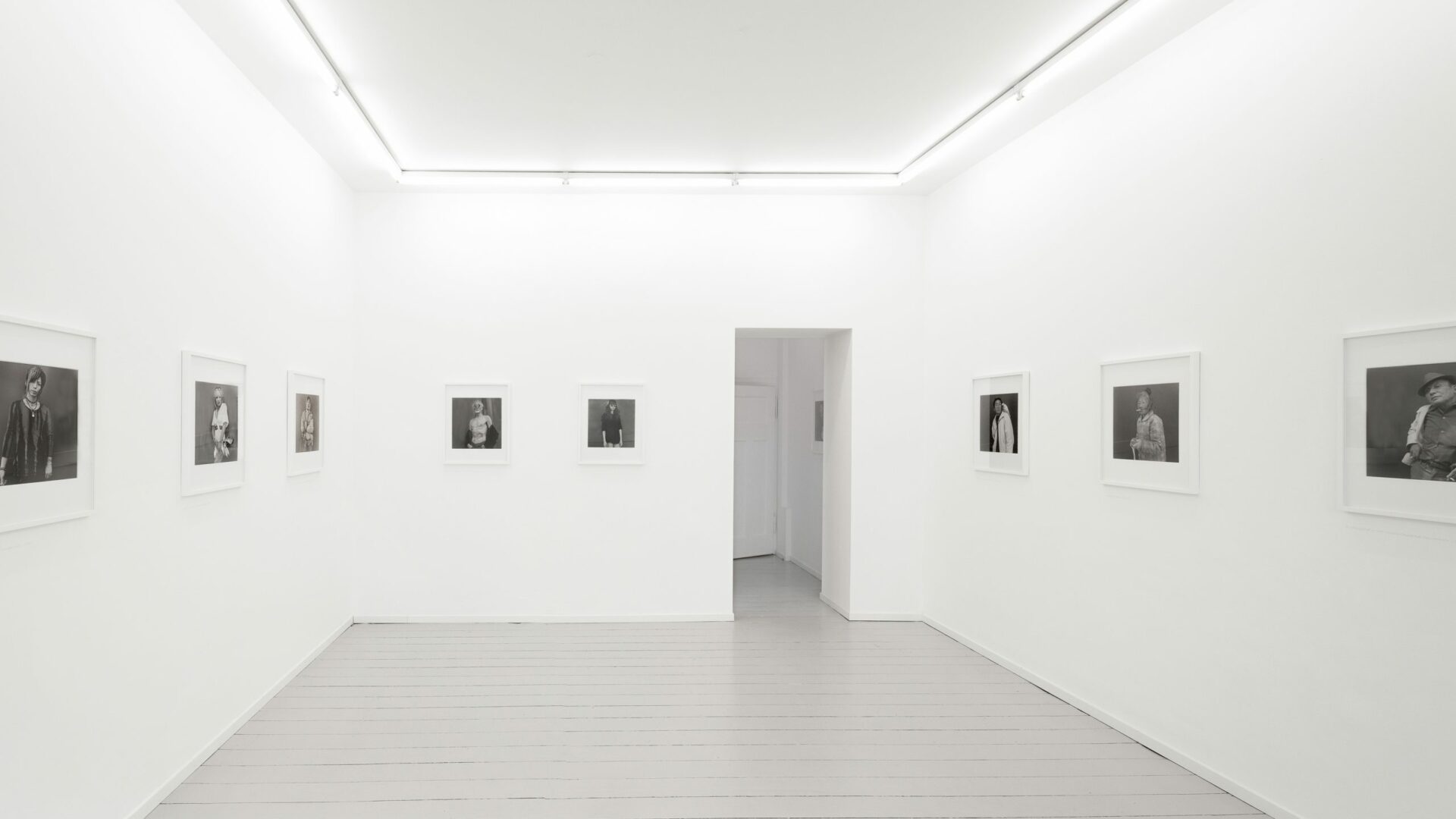 On the occasion of this year’s düsseldorf photo+, basedonart gallery is dedicating a solo exhibition to the Japanese artist Hiroh Kikai. Born in 1945, Kikai has carried out an ongoing series of portraits in the Asakusa district of Tokyo since the 1970s. Until 50 years ago, Asakusa was a thriving pilgrimage center and popular pleasure quarter; still today, it provides the supportive backdrop for a flourishing of individuality. In this special place, against the vermilion walls of the ancient Sensoji Temple, more than 600 unique personalities have posed in front of the lens of the artist’s Hasselblad camera.

The black and white portraits of the “Persona” series are intrinsically linked to their titles. Based on his personal conversation notes, Hiroh Kikai develops captions that lend the photographs an almost poetic dimension. A reciprocal dialogue emerges between image, text and viewer.

In our fast-paced consumer society, Hiroh Kikai’s photographic approach might seem outdated – but upon closer inspection, the Asakusa portrait series poses a question of universal value: “What does it mean to be human?”
“Hiroh Kikai – Persona: The Final Chapter” is the artist’s first solo exhibition in Germany. His works have been exhibited, inter alia, at the Tokyo Metropolitan Museum of Photography, the International Center of Photography in New York and the Nara City Museum of Photography.

©Hiroh Kikai | Persona | A woman who asked if I could spare some change, as her throat was parched | 1994

Hiroh Kikai was born in Yamagata Prefecture, Japan, in 1945. After high school, he worked for the Yamagata prefectural government, before moving to Tokyo to study philosophy at Hosei University. There, he met professor Sadayoshi Fukuda, who greatly impacted on his further career path. If it had not been for the mentor, Kikai would have never become a photographer because he lent him the money to buy his first Hasselblad camera. Upon graduating in 1968, Kikai spent eight months as a laborer on a commercial tuna boat with his brand new camera, before meeting the influential editor Shoji Yamagishi and taking a job in a professional darkroom. On days off, he would take short trips around the city, which is how he ended up on the streets of the Asakusa district in northeast Tokyo. There, he began his continuing series of street portraits. Other long-term photographic subjects of his include working and residential neighborhoods in and near Tokyo as well as street scenes in India and Turkey.

Hiroh Kikai was born in Yamagata Prefecture, Japan, in 1945. After high school, he worked for the Yamagata prefectural