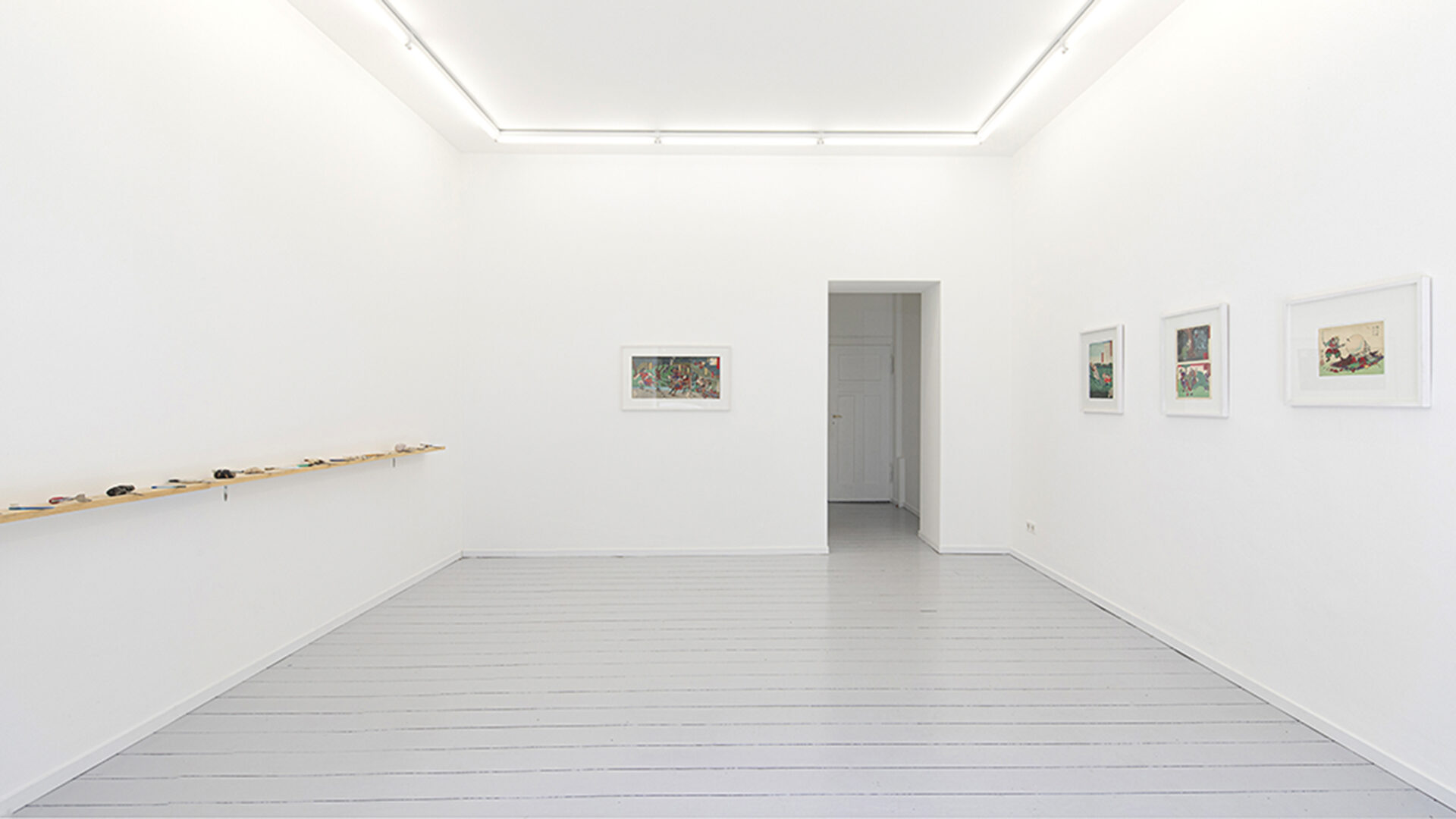 Lee Nevo and Yoshitoshi never met. More than 100 years of history, different genders and different cultures separate the two. Nevertheless, Lee Nevo (born in Jerusalem in 1984) and Yoshitoshi (born in Edo in 1839) share the aptitude to transform the conflicts and threats around them into a language of art. They create images and spaces that certainly, sometimes humorously and often brutally reflect the history of their time.

In her practice, Nevo works to undermine control apparatuses and explores their effecton one‘s physical and mental structure. By making use and deconstructing cultural and religious elements as raw materials, she creates installations that provokea dialogue around the body, desire, and power dynamics which underlinesand interrogates human tendency – urges, inclinations and consequent actions.

Japan in the 1860s was a country in transition. Yoshitoshi Tsukioka (1839-1892) experienced the last years of feudal Japan. Financial distress, severe crop failure and independence threatened by Western military powers, the nation underwent a political revolution, eventually reinventing itself as the modern nation-state it is today. Reflecting both the turmoil of societal unrest and years of personal depression,Yoshitoshi’s prints shifted from depictions of gore and conflict to images thatconveyed great delicacy of feeling. His woodcuts are dynamic and cinematic. Yoshitoshi was one of the last great masters of the traditional Japanese woodblock print. 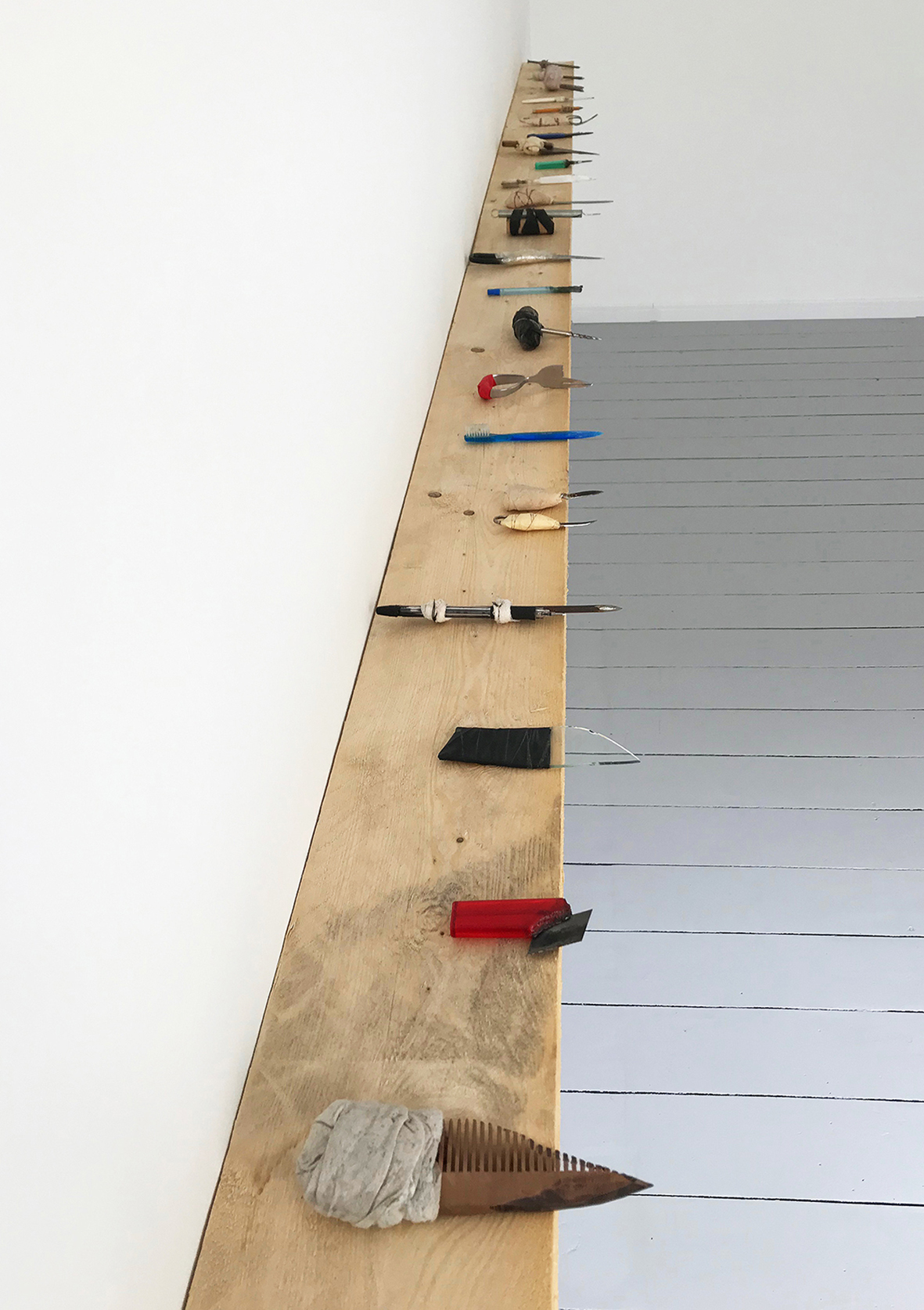 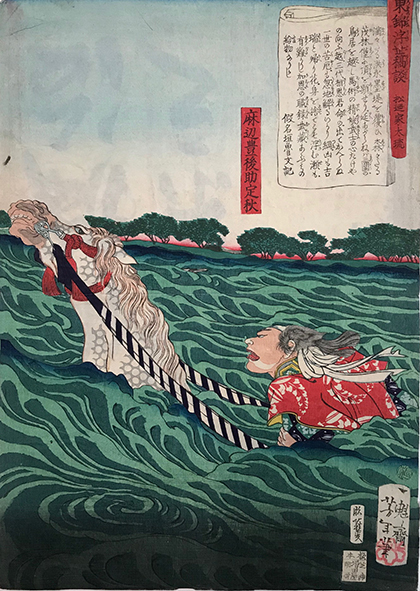 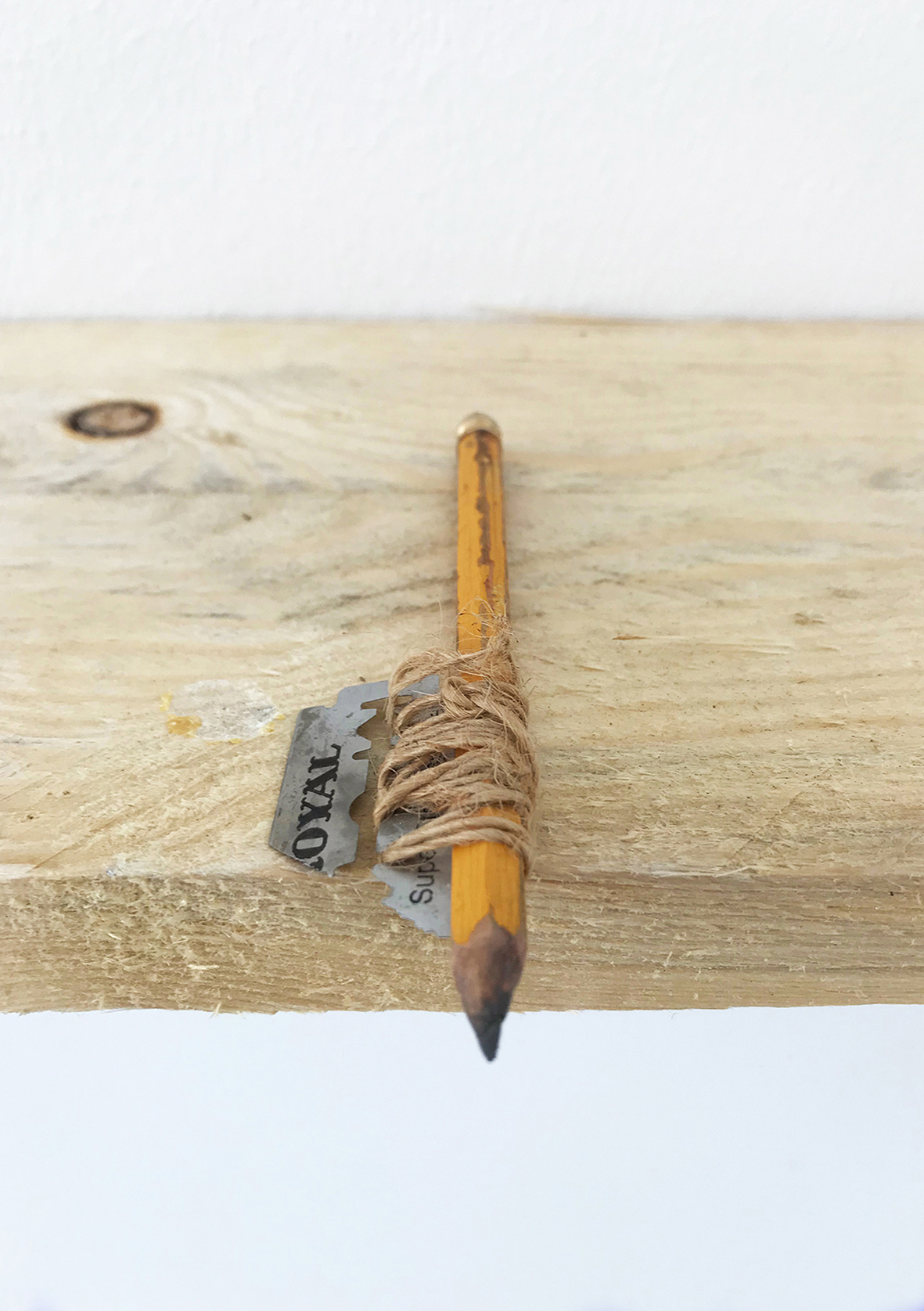