Japan-born artist Shigeko Kubota (1937-2015) is a pioneer of video art. Her work is characterized by great emotional depth and poetic acumen. Coming from a family of Japanese monks and temple guards, she studied sculpture at Tokyo University of Education, where she received her diploma in 1960. Following her first solo exhibition „1st Love, 2nd Love…“ (1963) at the Naiqua Gallery in Tokyo, she moved to New York in 1964 at the invitation of Fluxus founder George Maciunas. There she created her first performance „Vagina Painting“ as part of the Perpetual Fluxfest (1965). Within the context of Fluxus, George Maciunas appointed her as „vice president“ of the movement and she maintained contact with John Cage, Yoko Ono, Takako Saito, Carolee Schneemann as well as musicians of the avant-garde formation Sonic Arts Union.

With the purchase of the first portable video camera (Sony Portapak) around 1970, Shigeko Kubota began to turn to the new medium of video. A defining moment was her encounter with the Dadaist and conceptual artist Marcel Duchamp. Inspired by him, she introduced video sculpture into the encyclopedia of visual art.

Overshadowed by the fame of her husband Nam June Paik, Shigeko Kubota’s artistic legacy has not yet received the attention it deserves. But now, in 2021/22, her artistic contributions to the narratives of video, feminist and art histories will be highlighted in comprehensive exhibitions at the Niigata Prefectural Museum of Modern Art, Nagaoka, the National Museum of Art, Osaka, and the Museum of Contemporary Art, Tokyo. An exhibition at the Museum of Modern Art in New York is planned for 2022. 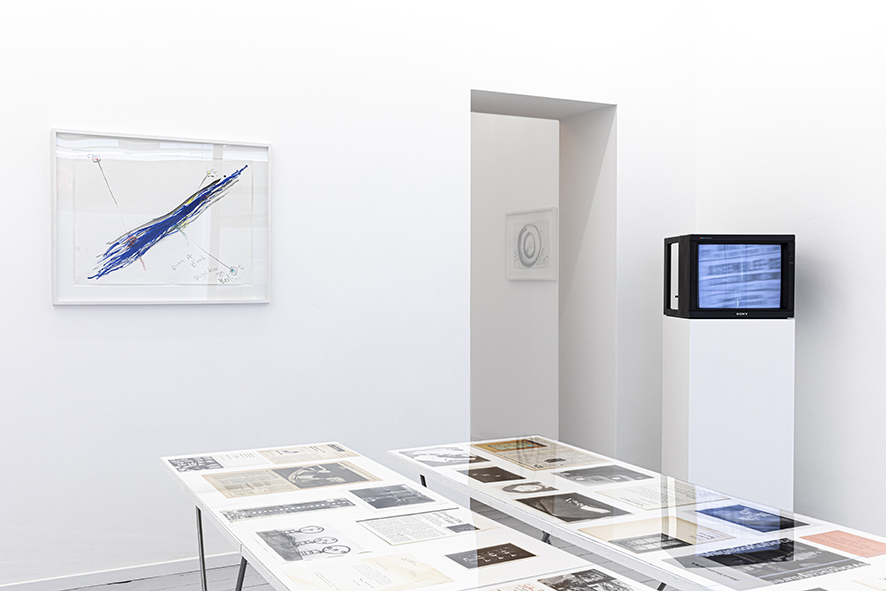 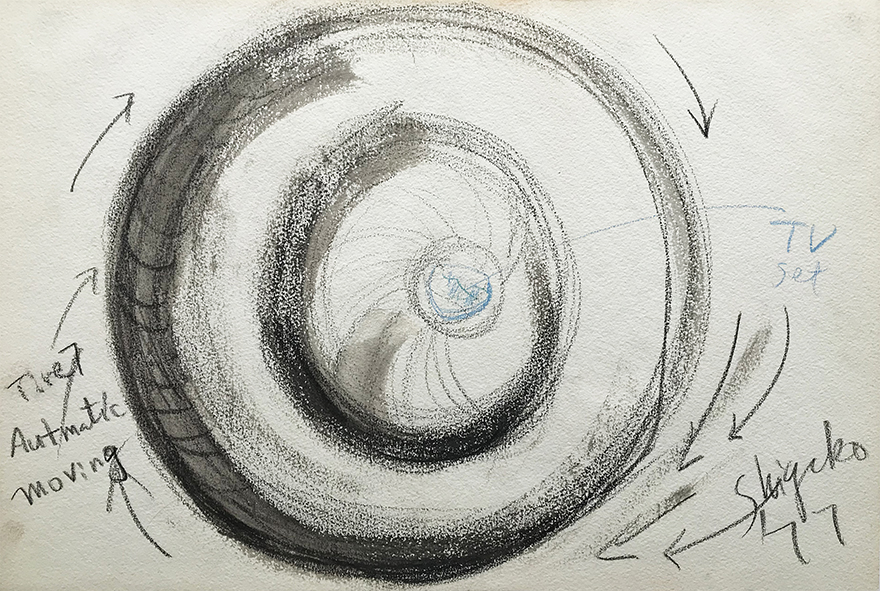 „Shigeko Kubota| a woman artist, her life“ is the first European solo exhibition in a long time to be dedicated entirely to the video art pioneer. In collaboration with the Shigeko Kubota Video Art Foundation basedonart gallery presents the autobiographical video travel documentary Europe on 1/2 Inch a Day (1972) and the surrealistic video diary Video Girls and Video Songs for Navajo Sky (1973). The former takes its title from the travel guide „Europe on Five Dollars a Day“ and it consists of disjunctive video sequences that show Kubota’s visit to Duchamp’s grave in Rouen, her meeting with Joseph Beuys in Düsseldorf, an encounter with a street musician in Amsterdam, a canal in Venice and a Seine riverboat trip in Paris. The latter narrates Kubota’s transcultural experience at the Navajo reservation in Chinle, Arizona, where she visited fellow artist Cecilia Sandoval and her family. In both videos, a sense of profound spirituality saturates the highly technological media, albeit in different ways.

The exhibition focus also lies on a series of rarely seen conceptual drawings by the artist, the content of which is based on realized and unrealized video projects. Accompanying these exhibits, basedonart shows photos, invitation cards, letters and similar documents from the archive of the Shigeko Kubota Video Art Foundation. 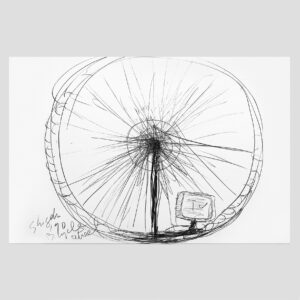 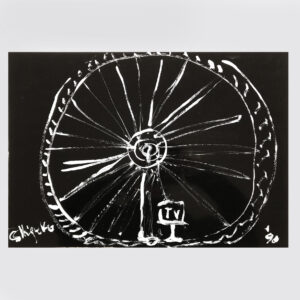 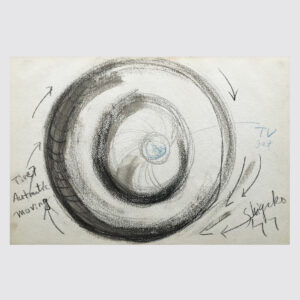 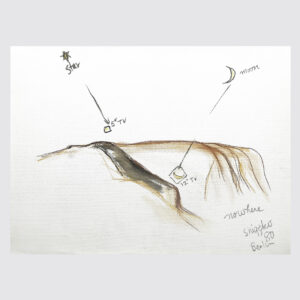 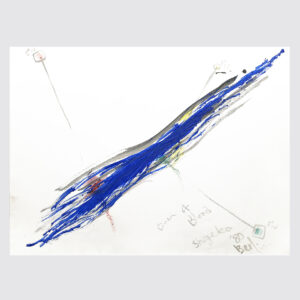 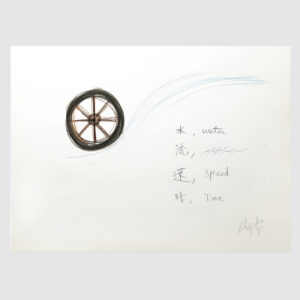 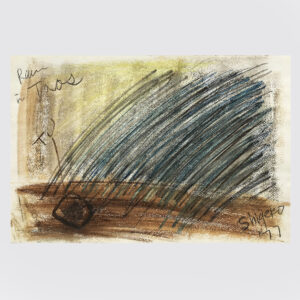 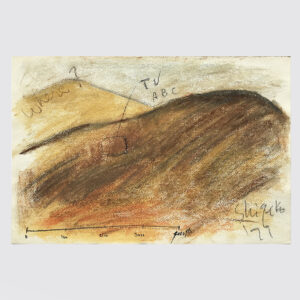 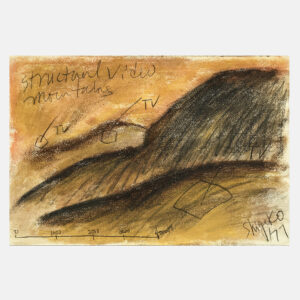